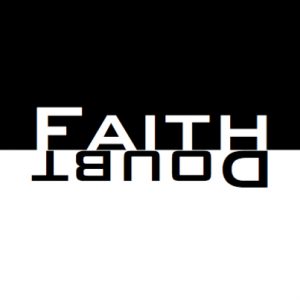 Do you feel like you have to keep your questions and doubts about faith a secret?

If you really want to follow Jesus, one of the things you might have to unlearn is what you think it means to “believe” in Jesus.

Most churches rightly teach that you need to confess your sins, repent, and believe in Christ in order to be a Christian.

But how many Christians have been taught that to “believe” means they need to give intellectual assent to a list of belief statements on a church website in order to be a real Christian?

So they accept (or pretend to accept) a particular creed, a bullet point list of statements, or their denomination’s preferred theological position, convinced this is what God requires of them.

They also might feel like they have to ignore their honest questions and may feel inwardly torn their entire lives because they’re not sure they believe everything on the list.

One of the most misunderstood verses about what it means to believe is John 3:16. It’s the verse you see some guy holding up on a poster behind the end zone when a football team kicks a field goal.

In John chapter 3, a very religious man named Nicodemus comes to Jesus secretly at night because he’s afraid of being seen talking to Jesus. Early in the conversation, Jesus tells Nicodemus that he “must be born again.”

Then a few verses later, Jesus says to him, “For God so loved the world that He gave His one and only Son so that whoever believes in him shall not perish but have eternal life.”

There it is. All I have to do is “believe” some things about Jesus, and I’m a believer.

In John 3:16, the word “believe” does not mean giving intellectual assent to a statement of beliefs about Jesus.

In John 3:16, the word “believe” means to trust, to believe in a Person. It means to trust someONE, not affirm someTHING. In the New Testament, to “believe” is a relational term, not an academic one.

For example, there is a difference between believing things about your wife and believing in your wife. Imagine a married couple having a serious talk about a wife branching out and making a career move, and she says to her husband, “I would really like to try this, Honey. Do you believe in me?”

Then her supportive husband quickly rattles off a list of objective statements about her:

After staring at her wedding ring and thinking “But he looked so cute down on one knee,” she says “I need you to believe in me as a person and in my ability to do this, not to believe a bullet point list of things about me.

To “believe” in John chapter 3 is relational trust in a Person. It is trusting Jesus that He is telling the truth about how life works, how human beings can flourish, and how to be connected to God and live a whole, spiritual life.

Another example of what it means to believe in God is Abram (God later changed his name to Abraham) in Genesis 15:6. God promised Abram that he would have a child who would be his heir. The only problem was that Abram was 99, and his wife Sarai (later Sarah) was 90 or 91. That Abram was a cradle robber.

When God told Abram he would have a son in Genesis 15:5-6, Abram simply believed God’s promise, and God considered Abram to be righteous.

Abram didn’t believe things about God. He believed God’s promise, and God looked at Abram as righteous. Paul uses Abraham as an example of what faith (trust) really means in his Letter to the Romans.

Billy Graham used to say in almost all of his sermons, “To believe means to trust. You believe God exists, you’ve been baptized, and you go to church, but have you really trusted Christ?” There is an enormous difference between believing things about Jesus and trusting in Jesus.

Believing in Jesus is the difference between mechanical, dried up, oppressive religion and a vibrant, alive, joy-producing spiritual life.

Most importantly, believing in Jesus is the difference between being outwardly religious and following Jesus.

So what do you do with your questions and doubts?

In the Gospels, Jesus says “Follow me” almost 40 times. You can do that even while you honestly work through questions about metaphysical realities or events you weren’t there to see. Some beliefs can be held with an open hand, while you hold tightly to following Jesus.

The difference is so profound that if your definition of “believe” is giving assent to a bullet point list, you’re going to have to throw all of that out and start over from scratch. It’s going to be a humbling process, and it’s going to be scary.

Do You Feel Spiritually Homeless? 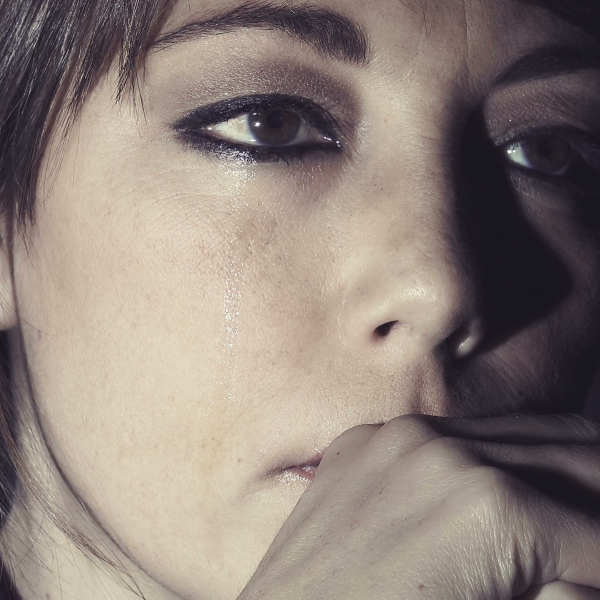 If you feel like you don’t belong in many churches, you’re not alone.

A skyrocketing number of American Christians feel what could be called spiritually homeless. You’ve probably heard someone say they are “spiritual but not religious.” Or maybe you’ve read about the “leavers,” “nones,” and “dones,” popular terms in the media for people who have exited church.

People who have become spiritually homeless found that they no longer fit the kind of Christianity they experienced in their churches and in the media, and they departed from their communities of faith. They might hold onto their spiritual practices and beliefs, but they can’t find a church that feels right to them.

People leave church for various reasons. Someone told me recently that she felt like a spectator in her church. It’s a large church in the Southeast Valley, and she found it hard to get involved beyond just occupying a seat on Sundays. She’s looking for something that challenges her spiritually and a community that is making the world better in practical ways.

In 2016, the trend of people leaving church accelerated for other reasons. According to one poll, 14% of evangelical Christians left their churches between October and December. They were surprised by how much “culture war” political partisanship was influencing their churches, and they found it to be a distraction from the message of Jesus.

A 30-something woman shared with me recently that seeing so much ugliness in the name of Christianity throughout her life has caused her to question her faith more than she ever thought possible. A pastor I know told me that some in his congregation are starting to question whether religion does more harm than good.

They need a place to be honest about how they’re feeling and the questions they have:

Yes, the list of harmful attitudes and actions promoted in the name of religion is long. Harming people while claiming to represent Jesus is cruel and hypocritical, and it has continued for far too long.

And, yes, if we’re going to be honest it’s also true that running parallel to that injustice throughout history is an equally long storyline of incredibly courageous, soul-stirring, and world-changing good inspired by spiritual leaders and communities that follow their teaching.

A Place to Heal

There really are communities of faith who want to practice thoughtful, compassionate, Jesus-inspired spirituality in a deeply meaningful way. They’re out there, but they’re often drowned out by the loudest, most divisive religious voices.

Religion is complicated because there are unlimited examples of both the bad and good practice of it. In fact, religion looks a lot like people, both helpful and harmful, with all our complexities and brokenness. Yes, there are too many examples of bad religion, but good religion, on the other hand, expressed in the lives of leaders like Chief Joseph, Ghandi, MLK, Savitribhai Phule, Malala, Oscar Romero, and countless others, has brought out the best in humanity.

I was in a nonprofit board meeting recently where I saw a power play take place. One of the members was being scapegoated and overburdened with tasks. It was easy to see, and any sensitive person should have perceived what was happening. As I watched the behavior of these supposedly socially conscious people who should have known better, I couldn’t help but think of Jesus’ words in the Gospel of Matthew 20:25-26:

“Jesus called them (his disciples) together and said, ‘You know that the rulers of the Gentiles lord it over them, and their high officials exercise authority over them. Not so with you. Instead, whoever wants to become great among you must be your servant…’”

No matter how much religion is misused, every person with any power still needs to hear this vision of what it means to be great. As long as injustice and exploitation exist in this world, Jesus’ concept servant leadership needs to be shared and reshared because it insists on the humanity of every person. This is just one example from one religion, and our world would be qualitatively better if examples of good spirituality like this were preached from the housetops.

If you live in the Phoenix, AZ metropolitan area, I want to invite you to The Well. The Well is easily accessible from Chandler, Gilbert, Ahwatukee, Mesa, Queen Creek, San Tan Valley, and Tempe, but of course anyone in the Valley is welcome.

The Well is a place where you can express both your faith and your doubts, so

You can spiritually grow to become your best self, and

You can partner with God to make a difference with your life.

No matter who you are, you are welcome at The Well. You’ll experience practical teaching from the Bible in a way that will bring ancient texts to new light, passionate worship music, an excellent children’s ministry, and the love of a church family who welcomes you with no hidden agenda.

If you feel spiritually homeless…

For more information about how to connect with The Well, contact us here.