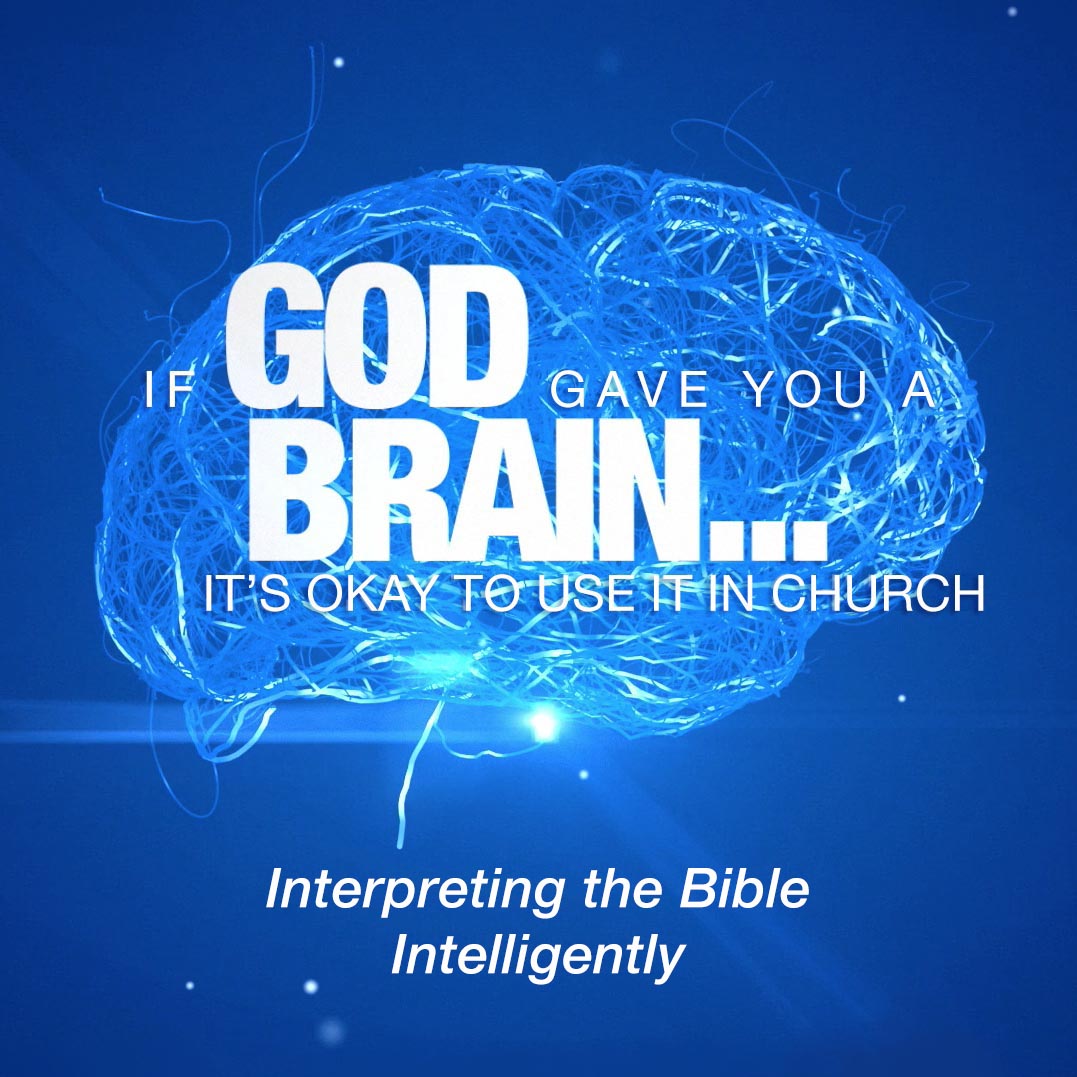 If God Gave You A Brain It’s Okay to Use It in Church: Interpreting the Bible Intelligently

If God Gave You A Brain It’s Okay to Use It in Church: Interpreting the Bible Intelligently

This has prompted some to ask, “Can a thinking person be a Christian?” Can followers of Jesus trust reason and rationality, or do we have to just accept “blind faith,” and believe in claims in spite of what our brains tell us?