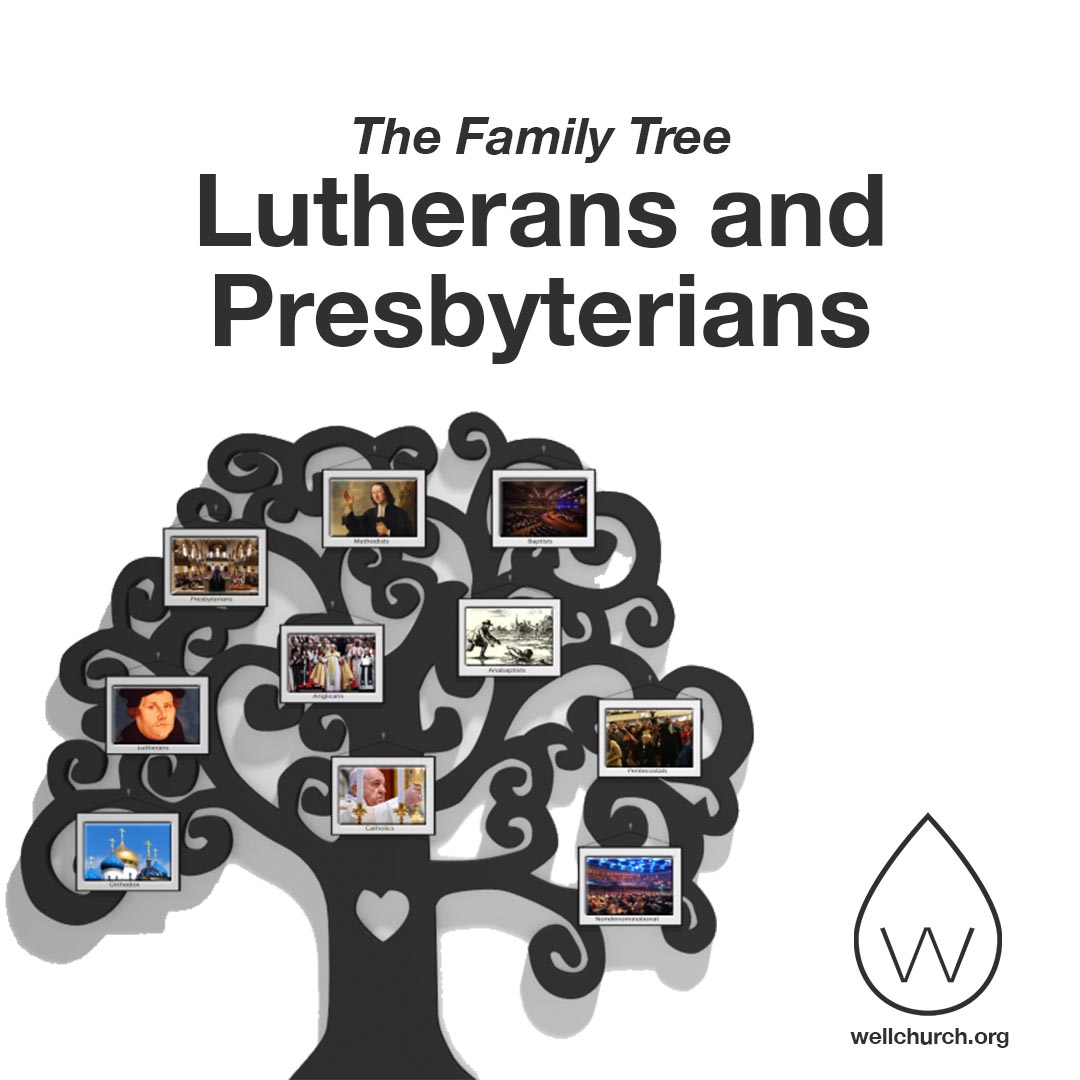 The Family Tree: Lutherans and Presbyterians

The Family Tree: Lutherans and Presbyterians

We live in a divided world and in a time in which Christians are divided every bit as much. We could benefit by learning more about each other, as understanding the various branches of Christianity would help to bring our world closer together.

Perhaps most importantly, being exposed to different expressions of our faith could revolutionize your spiritual life.

For example, those who struggle with the concept of an eternal, fiery hell have found a completely new view of God and of the afterlife by learning about Orthodox Christianity. There is something revolutionary to learn about each major branch of Christianity, so we will not critique various denominations, but we will instead seek to learn and gain from them.

It may be that the most impactful experience in your spiritual journey could be discovering how our spiritual ancestors wrestled with, and answered, the major questions they faced.

In this series, we will explore the major branches of Christianity over the centuries in order to learn about them and also to grow in our own spiritual lives.

Sermon Titles
April 24 | Catholics
May 1 | Orthodox
May 8 | Anglicans and Methodists
May 15 | Lutherans and Presbyterians
May 22 | Baptists, Anabaptists, and Pentecostals
May 29 | Nondenominational Christians